Microbiota in patients with type I diabetes 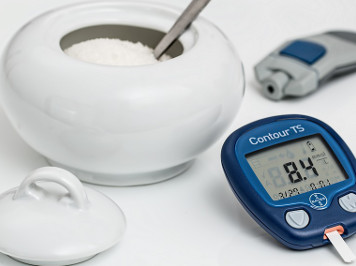 Microbiota in patients with type I diabetes

We already know that human intestines are home to billions of bacteria that make up an ecosystem called microbiota that is unique to each individual. A team of researchers has demonstrated the protection provided by the microbiota in the occurrence of type I diabetes in vivo in laboratory mice.

Type I diabetes is an autoimmune disease in which certain cells in the immune system attack the beta cells of the pancreas, which produce insulin, a vital hormone that regulates blood glucose levels. These cells are destroyed if they are recognized by the immune system as “non self”. Therefore, the researchers assumed that there is a substance in healthy people that protects beta cells.

The researchers used two types of laboratory mice: a healthy group and a diabetic group. They found that the pancreatic cells of healthy mice produce catelicidins, while in diabetic mice they produce a small amount. To test their hypothesis, the researchers injected antimicrobial peptides into diseased mice. “Catelicidin injection controls inflammation in the pancreas and therefore controls the development of autoimmune diabetes in these laboratory animals,” said the study’s authors.

Catelicidin synthesis is stimulated by short-chain fatty acids produced by microbiota bacteria. Decreased production of these peptides in diabetic mice may be associated with an imbalance in the intestinal flora. Experiments have shown that sick mice are deficient in short-chain fatty acids compared to healthy mice. The transfer of a microbiota sample from healthy mice to diseased mice led to the restoration of normal catelicidine levels in these laboratory mice. The incidence of diabetes has also decreased.

“This research is further evidence of the undeniable role of the microbiota in autoimmune diseases and, in particular, in controlling the development of autoimmune diabetes,” said the study’s authors.

According to the literature, a similar mechanism exists in humans. If this is confirmed in future studies, it may pave the way for new therapies in diabetes, from the perspective of effective modulation of the intestinal microbiome and a corresponding bifidogenic effect.

0
This site is registered on wpml.org as a development site.