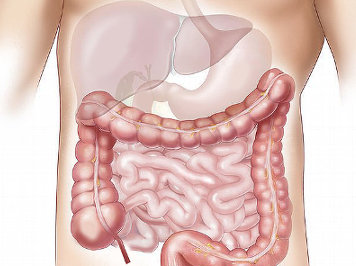 Recent studies conclude that, depending on the bacterial populations in the gut, humans can fall into three categories. Like the discovery of the four blood groups, which essentially changed medical practice, the classification according to the predominant bacterial ecosystem in the gut could change the medical approach, from prescription drugs to alternative methods of antibiotic therapy.

Although 3 predominant bacterial classes have been established in the intestine, the researchers did not conclude on the factors that determine the development of a specific bacterial class. More hypotheses have been made, none of which are sufficiently substantiated by scientific evidence.

It was initially thought that bacterial ecosystems are determined by blood type. Another theory sheds light on the involvement of bacterial metabolism, more specifically the various processes by which individuals eliminate gas that forms in the intestine during food fermentation, and the intestinal bacterial flora would be directly involved in these processes. The bacteria we come in contact with at the beginning of life could shape the enterotype of each, according to a third theory.

The names of the 3 classes of enterotypes are given by the dominant species of bacteria and are the following:

– Bacteroides: bacteria of this type contribute to the breakdown of carbohydrates so it is possible that people who fall into this category have weight problems, says Peer Bork, a member of the European Laboratory of Molecular Biology and co-author of the study

– Prevotella: Bacteria of this type have the potential to degrade the intestinal mucosa, which has a protective role, which could cause pain in the region. However, they produce the enzymes needed to form vitamin B1.

Researchers are increasingly interested in studying the gut microbiome because it is estimated that the genome of the gut flora contains 150 times more genes than human DNA. If, until the 80’s, no aspects were known in detail about the microorganisms hosted in the colon and their importance, recently, more and more researchers are interested in exploring this field and the involvement of the microbiome in more and more pathologies is being discovered.

The research directions aim at identifying the microbial imbalances that determine the appearance of severe pathologies as well as the methods of manipulating the composition of the microbiome.

One pathology that is given special attention is obesity, also called “disease of the century”, which affects an increasing number of individuals worldwide and is accompanied by complications: heart disease, diabetes, metabolic diseases, cancer, etc. . More and more studies show that the microbiome of the obese patient is in imbalance, with pathogenic species dominating the microbial structure. Chemist Dusko Ehrlich states that, following the studies, the research team can diagnose obesity with an accuracy of 80-85%, analyzing intestinal bacteria. Based on the findings of the study, the researchers predict that in the future, doctors will be able to address various diseases of the gastrointestinal tract by manipulating the intestinal microflora. Research will provide more and more evidence in this regard, but currently the concern of each individual may be to identify an effective solution for balancing the intestinal microflora.

0
This site is registered on wpml.org as a development site.